Described by the eminent pianist and teacher Bela Siki as one of the most talented pianists of her generation, Dr Marilyn Meier’s extraordinary critical acclaim established her as one of the foremost interpreters of the piano.

Born in Camden NSW, Marilyn began piano studies at the age of four with Pat McKee, then with Neta Maughan in Sydney and chamber music with William Primrose. She also worked with Ludwig Hoffman in Germany and in master classes with Jorge Bolet, Sergei Dorensky, Kendall Taylor, Ronald Smith, Andre Michel Schub and Guido Agosti.

At age fifteen, after winning the ABC-TV Quest 78, Marilyn went to the USA to study with Bela Siki at the University of Washington, Seattle, and then the College-Conservatory of Music, University of Cincinnati where she received the degree of Bachelor of Music (Hons), and Graduate Artist Diploma. In 1985 she won the City of Sydney Piano Scholarship in the Performing Arts Challenge.

While in the USA, she broadcast extensively on radio and television, won prizes in the National Beethoven Competition, the American Music Scholarship International Competition, and the Piano Teachers Congress of New York International Debut Competition. Marilyn performed as soloist with Seattle Symphony Orchestra, Seattle Youth and the Cincinnati Philharmonic.

Marilyn continued her studies with Hans Leygraf at the Mozarteum in Salzburg, where she was awarded the Performance Diploma and finalist in the Mozart International Competition held in Salzburg.

On her return to Australia, Marilyn was named as an Australian Achiever, Finalist in the 1988 Young Australian of the Year Award and winner of the Channel Ten-TV Young Achiever’s Arts Award. She has performed with the ABC Symphony Orchestras, the Australian Chamber Orchestra and in recital and chamber music in Australia, Japan, Europe, USA and the South Pacific.

Marilyn performed regularly as a soloist and chamber musician and was an examiner for the Australian Music Examinations Board. 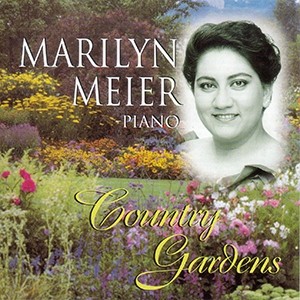